Part of the core of what we do at Painting for Life is our faith. As the Easter season approaches, we do occasionally like to bring attention to our belief in a loving God who sent His Son to redeem a cursed world through a cruel sacrifice. In Matthew 26:31, Jesus predicts His death by telling His disciples that He is the Shepherd and the Shepherd will be struck down. I am working on several small animations for our church Easter Sunday (to which you are all invited). They will not be revealed in full until then, however, in preparation, I created this six second stop motion VINE video as a working test, just playing around. Think of it as sort of a thumbnail sketch or a comp. We were compelled to share. Because it was initially a VINE video, it’s extremely short. Future stop motion Easter animations promise to be longer. Enjoy! 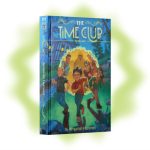